In September 1966, Psychology Professor Dr. Charles Bridges decried campus conformity. He connected the lack of differences in student political ideology to the majority of students coming from the same upper-middle class background.[1] 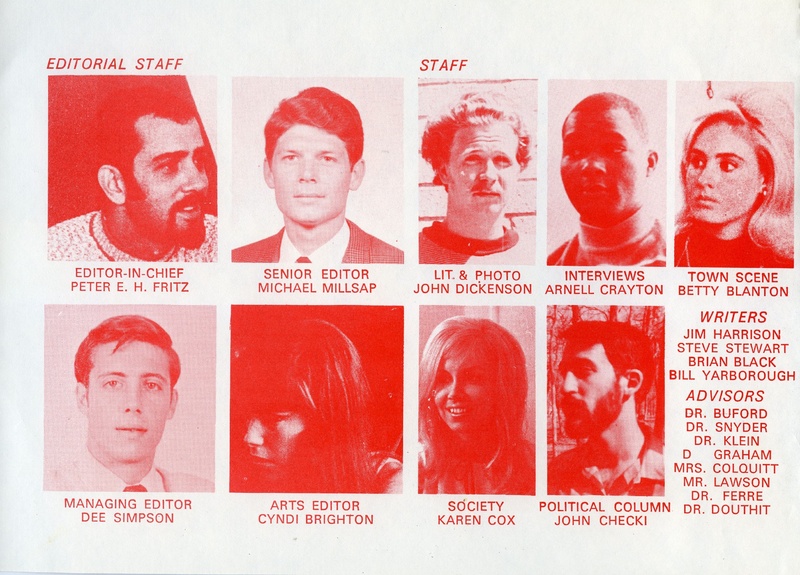 The faces and names behind the making of the Spunk magazine. 2 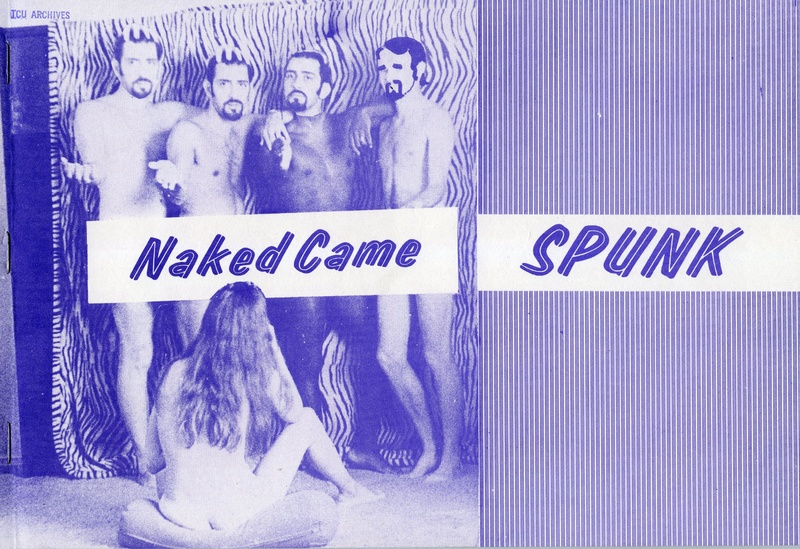 The cover to Naked Came Spunk, which caused for Chancellor Moudy to call a meeting. 2

Within two days of Spunk Comes Naked’s release, Chancellor James Moudy called an urgent meeting with the magazine’s faculty advisors and student editor, Peter Fritz to discuss the cover image of four nude men, facing a nude sitting female. While Chancellor Moudy viewed the image as a plot to sell magazines, Fritz intended to stir the student body’s reaction. In agreement, minor changes were said to be done to the Spunk, which never actually came to be. [3] 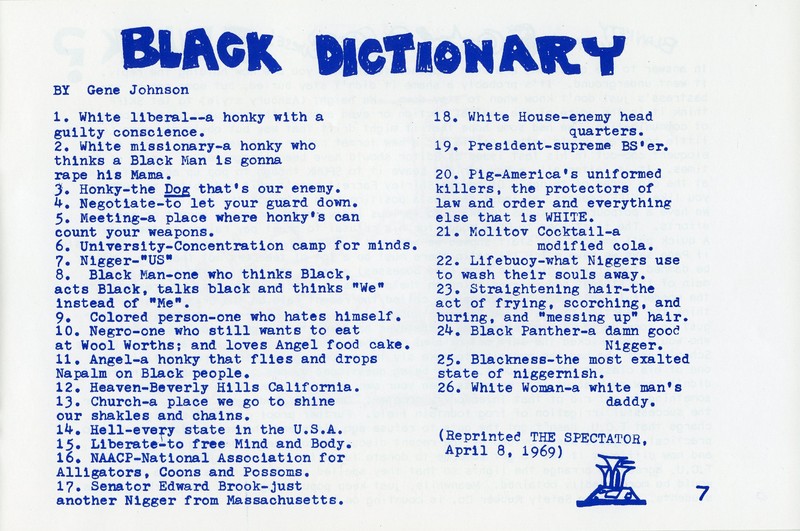 “The Black Dictionary”, created by Gene Johnson. Defined slang used by those within the Black Community at TCU. 4

The second edition, All I said was Spunk was released in the spring of 1970, by a reshuffled batch of students, self-described as “a dirty-pinko hippie-infested-dope utilizing hoard of misfits trying to remark that which we cannot understand”.[4] Taking a more radical approach to expressing their opinions on social issues, they publicized editorials such as “Blackman in U.S.A, Sexism, and the Black Dictionary”. 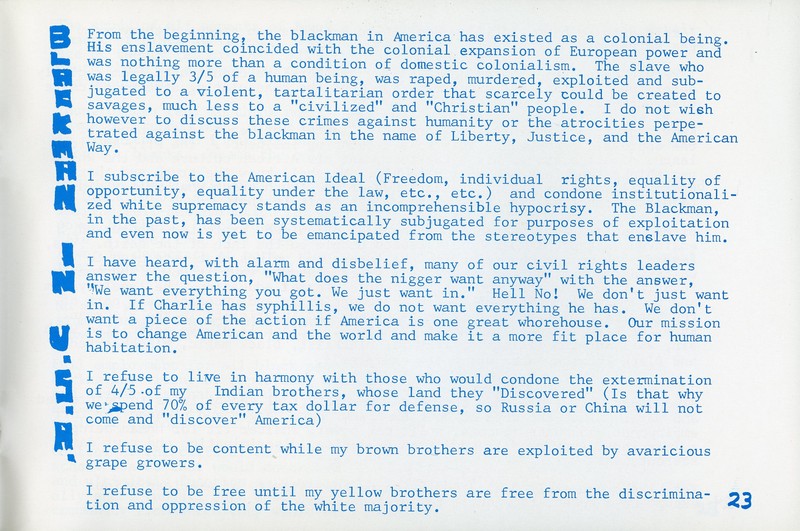 “Blackman In U.S.A” – an article written in “All I said Was Spunk” discussed being Black in America and those who are oppressed.4

Due to the Spunk’s aggressive stance, chief editor John Checki refused to show copies of the magazine to the Publication committee because he felt they would attempt to censor Spunk. His refusal to show the committee was a violation of the magazines policy and procedure charter. As a result on April 1970, the Student Publications Committee halted production of the Spunk magazine.[5]

Counterculture thrived on college campuses, affecting each individual differently. Texas Christian University allowed for individuals of varied backgrounds to come together to have their opinions heard.

Campus Wars: The Peace Movement at American State Universities in the Vietnam Era by Kenneth Heineman discusses the unknown story of anti-war activism at state schools during the 1965 to 1975. Opposing traditional narrative that campus activism occurred at elite schools such as Berkeley

The Black Revolution on Campus is an account of the forgotten chapter of the black freedom struggle. In the late 1960s to the early 1970s, Black Students organized hundreds of protest that sparked crackdown, negotiation and reform that transformed college life.