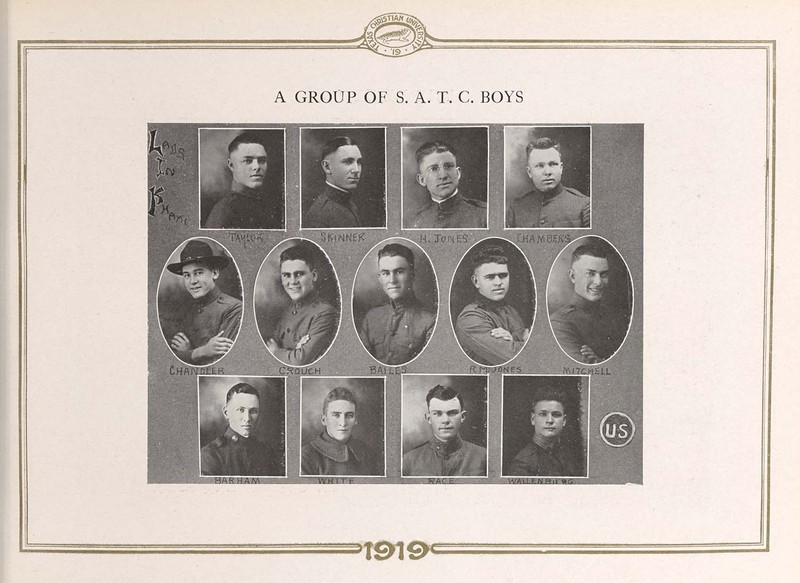 This picture shows a few of the students invovled in the S.A.T.C. program.

When America entered into World War I, the military knew that they needed many qualified men. Universities took this opportunity to request funding for military training, which would help prepare soldiers for the war, but also send them out with skills that that were deemed valuable. TCU is no exception, and in September of 1918 the Student Army Training Corps began with over two-hundred men qualified for the program.[i]

TCU's President Edward Waits wrote to the Board of Trustees of the need for such a program at TCU as well as the benefits that he hoped would be born out of the program. He wrote that a military training program "was not only a patriotic duty at this hour" but also would create moral control and standardize physical training for men, and thus provide "an outlet for their surplus energy."[ii] Students involved in the S.A.T.C. at TCU followed strict time schedules that involved drill, downtime, and class time. Views of the S.A.T.C. varied but those in the program were enthusiastic while others outside of it did not give it much attention.[iii] 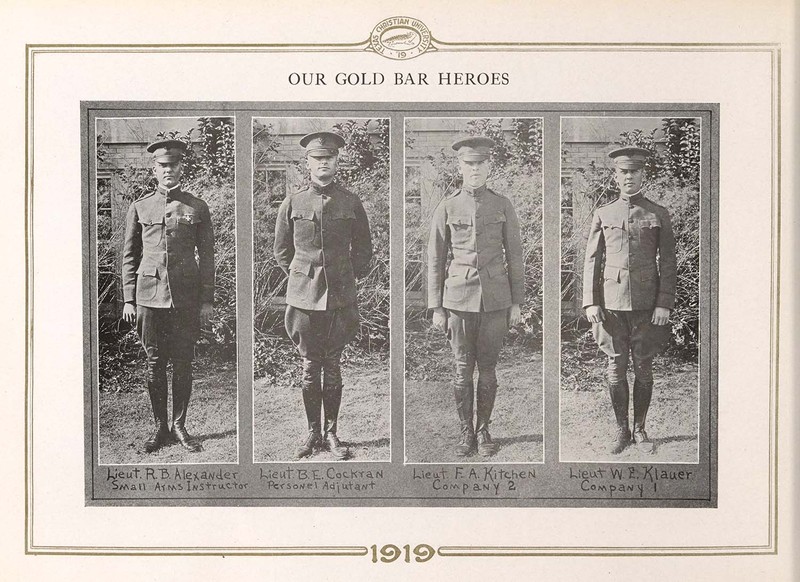 This picture shows us the commanding lieutenants of the S.A.T.C. program here at TCU.

The S.A.T.C. program nationwide lasted just over a year before being merged with the National Army Detachment Program. However, its success was not overlooked as it was deemed more effective than the Reserve Officers Training Corps program. Michael Neiberg wrote that the army had ended the R.O.T.C. and continued funding for the S.A.T.C. [iv] One main reason cited was how quickly assembled the R.O.T.C programs were as compared to the S.A.T.C. Furthermore, the R.O.T.C. was criticized for its inefficiency in giving students a college education integrated with military training as many tried to implement trimester-based schedules.[v]

Through the S.A.T.C. program, TCU produced college educated men prepared for the responsibilities they faced as officers. The S.A.T.C. may have been short lived, but because of it, many patriotic students were able to answer the call while receiving a college education.

In this book the authors discuss the early beginnings of the ROTC and what changes have occurred over the years. It also takes a look at the different times when the ROTC was in great need such as during wartime and how it was different during peacetime. The authors also discuss the differences between the programs that are instituted at schools and those that are separated from the educational system.

In this book, the author discusses the differences between ROTC programs across the country and the different level of competitiveness that goes on throughout each one. The book also gives insight on how both men and women handle the program and what differences can be seen between them.