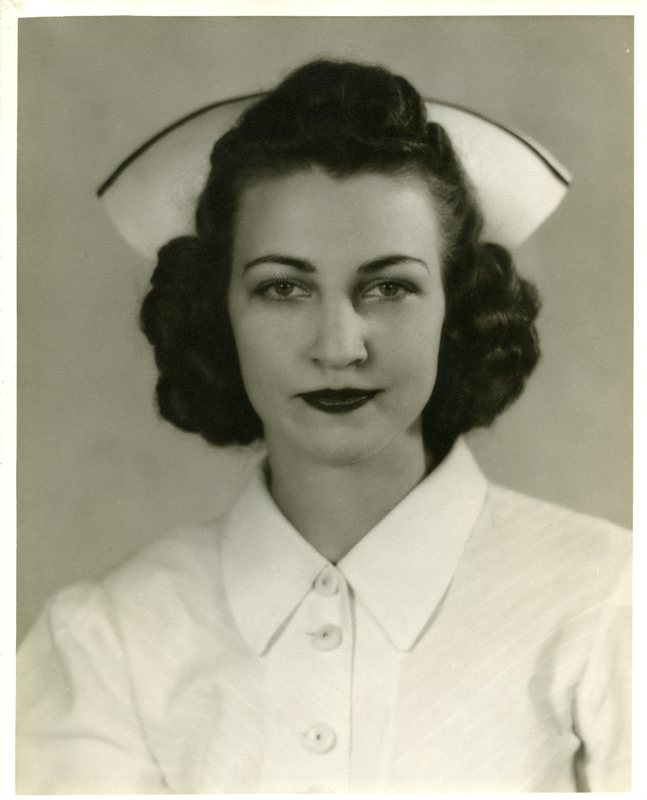 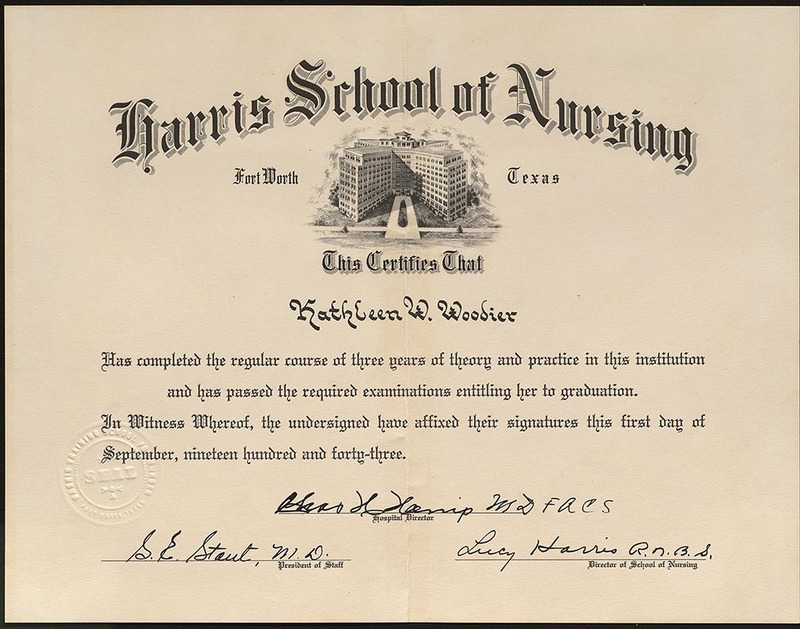 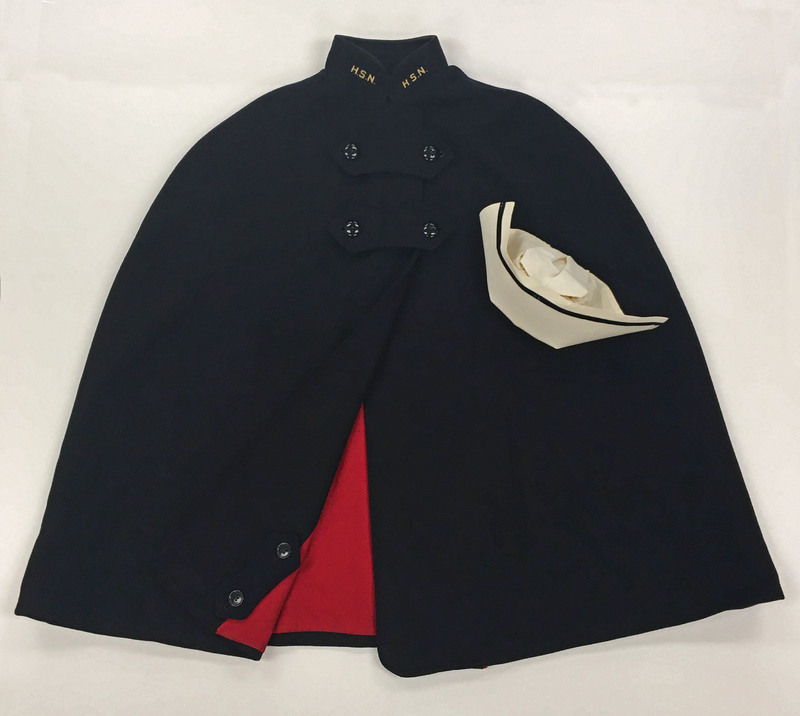 The horrific casualties of World War II inevitably created a need for more nurses and programs to train them. Fort Worth’s Methodist School of Nursing, founded in 1930, became the Harris School of Nursing when bought out in 1937 by Dr. Charles Harris.[i] Dr. Harris laid the foundation for a successful and enduring program.

The Army Nurse Corps (ANC) had been short on nurses in part because it did not allow male nurses or African American nurses to join the Corps.[ii] To compensate for this shortage, Congress created the Cadet Nurse Corps in 1943 to pay for the education expenses of enrolled nursing students while encouraging graduates to serve in the military for the duration of the war.[iii] The Harris School of Nursing enrollment exploded by 150% in 1943 because of the program. This sudden increase of nursing students helped push the school to take its first steps to achieve national accreditation.[iv]

Government requirements altered the workload and teaching methods for the students at the Harris School of Nursing. Both didactic and empathetic training increased. A total of 127 hours of schooling over the course of thirty months was now mandatory for students to take.[v] ANC leaders realized that nursing students knew how to physically heal patients, but lacked the proper bedside manner in order to help heal patients mentally. The leaders of the ANC put the need for caring nurses in simple terms: the soldiers fighting on the front must be treated with the utmost “tender, loving care” to have the motivation to heal faster and return to battle sooner.[vi] For this reason, the ANC wanted nursing students to attend university nursing schools instead of hospital nursing schools to study medicine and interpersonal relations. They would then take this hard-earned “street smarts” and put it to practice at army hospitals.[vii]

Through this curriculum at schools like Harris, students learned that intelligence and a nurturing attitude were the qualities that made up an excellent nurse. Hospitals no longer treated nursing students only as free labor but instead as caregivers.[viii] This evidence reveals how much World War II sparked the evolution of nursing education. Despite government hopes, only a small percentage of nursing school graduates enlisted in the ANC; evidence suggests most of the young graduates became civilian nurses instead.[ix]

World War II greatly impacted many aspects of American society, including healthcare. The Harris School of Nursing was not left untouched by this war. World War II helped the nursing school grow larger, improved its educational approach, and accelerated TCU’s affiliation with the school. The now Harris College of Nursing continues its partnership with TCU to this day.

This informative book describes how the profession of nursing came to be, the evolution of nursing education, the steps to become a nurse in the WWII era, and issues, such as medical ethics, that have been associated with nursing; this book touches on every part of nursing, professionally and philosophically.

If one desired to go into further specifics about the ethics of nursing, Nursing Law and Ethics, edited by John Tingle, is one of the most detailed book to address how nursing impacts the moral and ethical worlds.