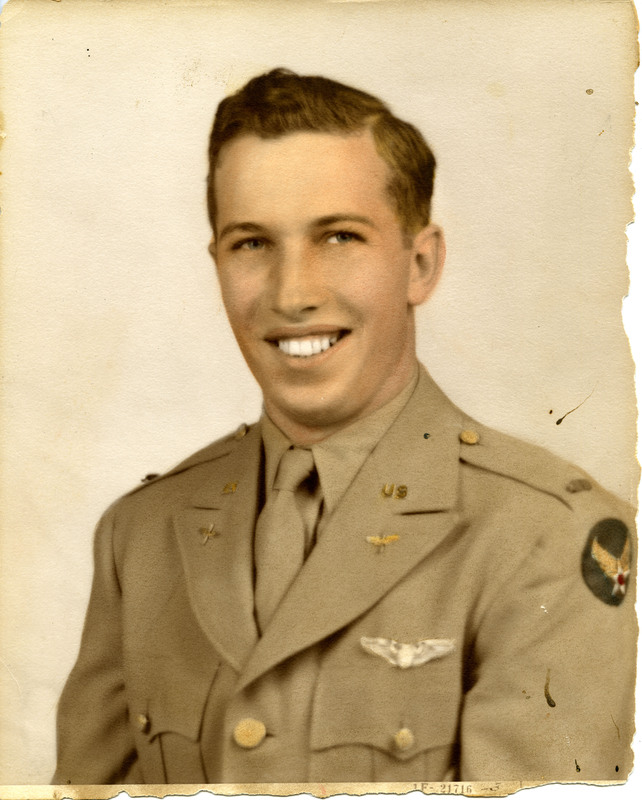 Joseph Warren Hays, 446th Bombardment Group.  Upon his return to TCU, Hays was a member of the Frog Vets student association. 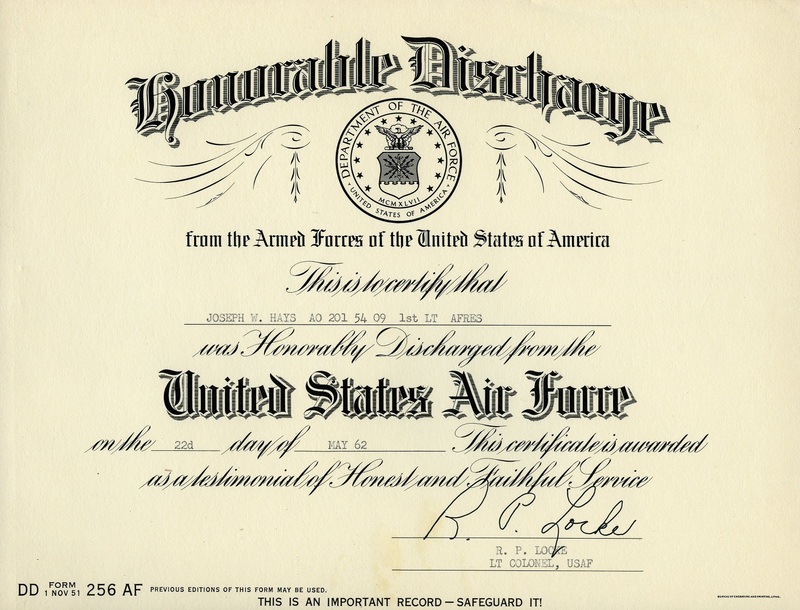 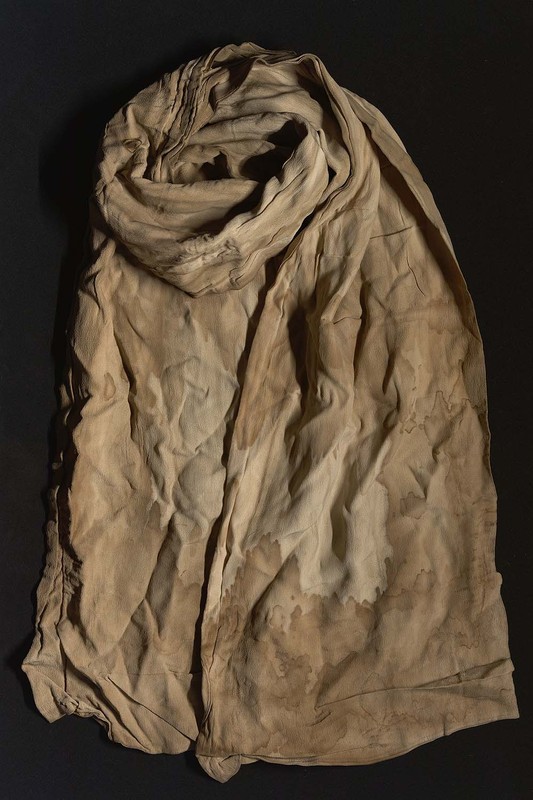 The World War II pilot Joseph Warren Hays served from January 1943 through November 1945. Hays was from Fort Worth, Texas, and graduated from Texas Christian University. He was a pilot in the Army Air Corps for the 446th Bombardment Group, a division of the Eighth Air Force. Some Americans considered him a “bomber boy”, a term coined for bombers during World War II.[i] He finished serving with the rank of a 2nd Lieutenant. After World War II, he returned to TCU to complete his degree in Economics. Hays’s war efforts are evident in his pilot training, his experience bombing Germany, and his personal thoughts on flight.

Hays’s flight training began in 1943. He was stationed at several bases including Maxwell Field, Alabama. His instructors made him perform different types of plane maneuvers, including: climbs, gliders, and maneuvers at eight-hundred feet to evade or outsmart the enemy.[ii] The U.S. Army Air Corps required Hays to know Morse code—even while flying—so that he could understand secret communication between pilots.[iii] Shortly after his training, the Army Air Corps sent him to execute bombing missions in Germany.

Hays’s first two bombing missions were in Magdeburg, Germany in early 1945. Hays was upset to hear that his bomb load was Marlene Dietrich propaganda leaflets, because he wanted to bomb the enemy.[iv] Anti-aircraft fire hit the plane ahead of him. Luckily, the plane peeled off under control and there were no flames or parachutes. Hays dropped propaganda leaflets and the rest of his bombardment group targeted marshalling yards. Hays’s bombardment group hit industrial infrastructure. His bombardment group’s goal was to strategically bomb and cripple the Germany economy.[v] There was cloud cover over the target and no close flak; Hays’s bomber had flak behind and ahead. When he flew over the target, he was safe and the bombing results were good. Hays’s second mission in Magdeburg took place on February 15, 1945. It was his Bombardment Group’s fifth mission in a row to the same town. The target for his second mission was a synthetic oil factory.[vi] Bad weather made the second mission difficult, but the target was hit. The flak was moderate and no 446th planes were lost.[vii] Both missions served to weaken the German economy.[viii]

Lastly, Hays’s letters explain his thoughts on his experiences. Hays took classes consisting of Naval identification and Physics at the Nashville Army Air Center. These courses helped Hays to identify any British or American plane from any angle at one twenty-fifth of a second flash. His courses also taught Hays how to plot a route for an airplane from anywhere.[ix] Hays navigated an airplane and found it difficult because he used a protractor, estimated wind speed, and direction.[x] Though his letters varied in thought, they indicated another one of his war efforts, contacting Americans outside the war.

Hays’s war efforts were clear through the flight training process, bombings of Germany, and his letters. He serves as an example of a TCU graduate who aided in World War II.

[i] Donald L. Miller, Masters of the Air: The Bomber Boys Who Fought the Air War against Nazi Germany (London: Simon & Schuster, 2007), 3.

Gordon Bennett Robertson Jr, Bringing the Thunder: The Missions of a WWII B-29 Pilot in the Pacific. Mechanicsburg, PA: Stackpole Books, 2006.

A narrative account of a World War II B-29 pilot who flew thirty-five combat missions against Japan. A memoir that is factual and straightforward about the air war. This is a remarkable book that includes stories of pilot training and preparation.

A biography and autobiography about a bomber from Posey County, Indiana who had a dream to fly. The pilot deployed with the Eighth Air Force and his experiences bombing are told through letters of more than one hundred thirty sent to his family and friends.